New Eco Fiber Film reduces plastic waste by up to 50% 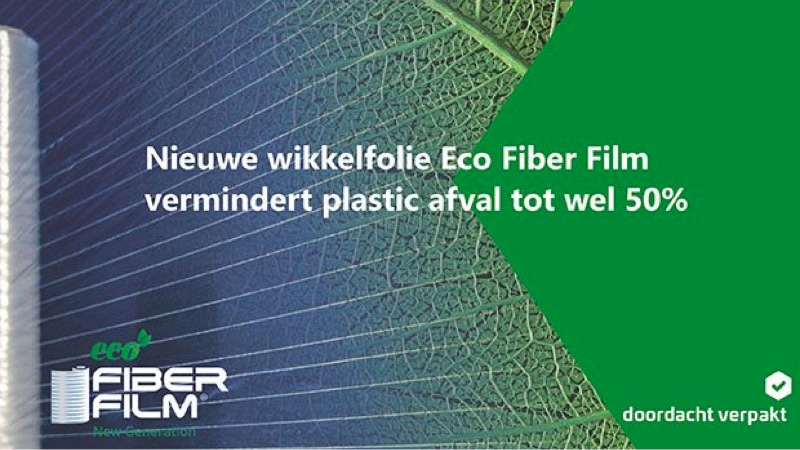 Eco Fiber Film is the new toy among environmentally friendly wrapping films. Would you, as a company, also like to do your bit for a better environment?

Just like the other Fiber Films in our range, the Eco Fiber Film is also reinforced lengthwise with threads, so that less film is needed to achieve higher load securing. So you need less film to achieve the same pallet stability. This makes the whole wrapping process more sustainable and considerably faster.

By using the new Eco Fiber Film, your organisation is also doing its bit towards a growing circular economy, thus reducing the pressure on the environment, your company and your own ecological footprint.